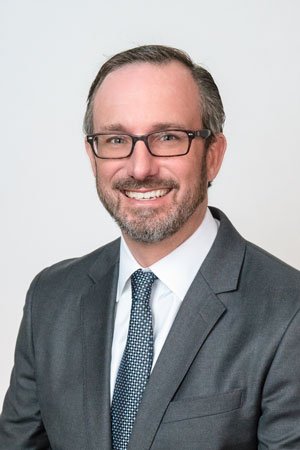 Chris was born and raised in St. Louis, Missouri, where he lived until he went off to college at Santa Clara University. After graduating Santa Clara in 1994 with a major in political science, he attended Hamline University Law School in St. Paul, Minnesota, where he earned his Juris Doctorate in 1998. After being admitted to the California bar in 1998, Chris worked for a short period of time with a small personal injury firm in San Francisco. He then began his career in workers’ compensation in 1999 when he went to work for Laughlin, Falbo, Levy and Moresi, LLP in their Walnut Creek office.

Chris became a member of Jones Clifford, LLP in 2000 and a partner in 2002. Currently, he is the firm’s managing partner. He primarily practices in the areas of Workers’ Compensation and Public Employee Retirement law, specializing in representing safety members injured on the job. Chris has extensive experience in litigating disability retirements as well. He is a certified specialist in Workers’ Compensation Law and a member of the State Bar of California Workers’ Compensation Section. Chris is also a member of the California Applicant’s Attorneys Association, for which he served as San Francisco Chapter President from 2002-2004. Chris also lectures on workers’ compensation matters and he has worked for the California Board of Legal Specialization on drafting questions for the Legal Specialization Exam.

Chris lives in San Francisco with his wife, Andrea, their three children, Darcy, Finley and Brendan, and their dog Libby. His free time is spent with his family including coaching soccer. From 2010-2016 Chris served on the Board of Directors for Support for Families of Children with Disabilities, a non-profit organization in San Francisco that provides information, education, and support to families that have children with special needs.