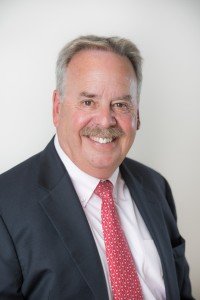 Frank joined the firm in 1977 and worked tirelessly on behalf of injured workers for over forty years until his retirement in 2017. After receiving his B.A. from the University of San Francisco in 1970, he earned his Juris Doctor in 1973 from the University of San Francisco Law School, where he was a member of the Law Review and the McAulliffe Honor Society.

Throughout his illustrious career, Frank was a certified specialist in workers’ compensation law, a member (and former director) of the California Applicants’ Attorneys Association, and belonged to the Bar Association of San Francisco. He also served as a member of the editorial board for Matthew Bender Publications. He was listed in Best Lawyers in America, and was selected as a Northern California SuperLawyer since the inception of the selection process.

Frank and his wife Barbara live in Marin County and are the parents of three adult children.