A AAA Foundation for Traffic Safety study recently identified that fatalities associated with people running red lights have hit a 10-year high. Unfortunately, these running red light accidents can be completely prevented. When a car comes through an intersection when the red light should have prevented them from doing so, people in cars coming through or parked at the other intersections can be struck, leading to serious injuries. 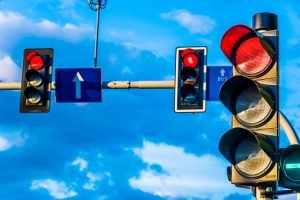 All drivers have a legal responsibility to stop at stop signs and red lights and verify that the way is clear before proceeding or waiting for a green light. In 2017, the last four years for which the numbers were available, 939 people were killed when someone else ran through a red light.

That was a 31% increase from 2009 and red light collision fatalities had increased for a fifth straight year using those 2017 numbers. This breaks down to at least 2 people suffering fatal injuries every single day at the hands of drivers who are going through red lights illegally. It is possible that distracted driving, drunk driving or other factors could influence your likelihood of being hurt in a red light running accident.

If you believe you have been hurt because of another driver’s inability or unwillingness to pay attention or follow the rules of the road, this information could become extremely important in a California catastrophic injury claim. Schedule a consultation with a San Francisco personal injury lawyer to learn more about your next steps if a red light running accident in California.