Did you know that women are more likely to be seriously hurt in a car crash? Some experts believe it’s because women and their body types have not been the primary source of data used in crash tests to determine the overall safety level of a car or to design new safety features. 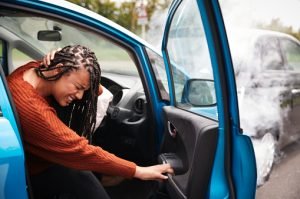 Many crash test dummies today are based on male body statistics. However, women are 73% more likely to be injured in a car accident.

Two University of Virginia research teams have completed studies, identifying that the risk for female car crash victims is much higher than for males, but no research study has yet been able to explain the definitive answer as to why this safety disparity exists.

Even though female crash test dummies have been used since the early 2000s, retooling these dummies takes a long period of time. However, vehicle manufacturers might be looking for ways to increase the overall safety profile of their cars in light of the fact that women are so much more likely to suffer critical injuries.

Any person who has been seriously hurt in a San Francisco car accident, who can also point to the injuries being sustained as a result of another driver’s negligence should be prepared to speak to an experienced and knowledgeable San Francisco personal injury lawyer. Filing a personal injury lawsuit could be the injured party’s only opportunity to recover compensation.