Many people shopping for a vehicle pay at least some attention to its overall safety rating, but a new study shows that there is one car that is deadlier than all others in the United States. 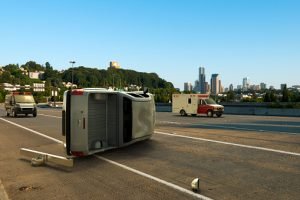 Over 33,000 people suffer fatal injuries in a car accident every year, according to the NHTSA. For those people between the ages of 1 and 54, in fact, car crashes are a leading cause of death. It’s important to do everything you can to minimize your risks of being involved in an accident but certain cars are always more involved in deadly crashes than others.

The recent study completed by Value Penguin Insurance looked at data from 2013 to 2018 and found that by analyzing over 11,000 fatal accidents, one car turned out more than any other one. That car is a Ford F series. It was involved in over 10,845 fatal crashes across the five-year period evaluated by the study. In 2018, more than 900,000 versions of this vehicle were sold.

Some of the other vehicles that showed up and had high numbers of fatal accidents included a Chevrolet Silverado, Ram Pickups, Honda Accords, Toyota Camrys, Honda Civics, Toyota Corollas and Ford Explorers. However, it’s important to note that car accidents can and do happen in any different situation with various vehicles.

When you’re hurt and it’s someone else’s fault, you shouldn’t have to deal with the stress and frustration of figuring out your next steps.

Setting aside time to meet with an experienced San Francisco personal injury lawyer should be your first plan in the event that you find yourself suffering post-accident.