A recent Yolo county wrong-way crash illustrates the devastating toll that these accidents take on California communities. That wrong way crash led to the driver and 5 others being killed in a fiery crash scene. 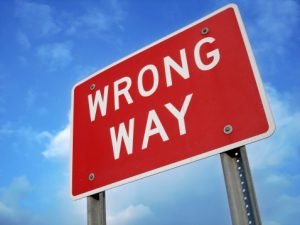 Shortly after the call associated with that collision, California Highway Patrol officers received calls of a wrong way driver. The incident was so severe that it immediately killed six people. A study completed by Caltrans recently found that 23 separate fatal collisions happened in California between 1995 and 2013. They also identified that driving under the influence of drugs or alcohol was a major factor in eight out of nine wrong way crashes that occurred in San Diego and Sacramento counties in 2015.

Caltrans has used a test area across Yolo and Sacramento counties in order to identify the number of wrong way drivers passing through the vicinity and to curb the behavior itself. Since that pilot program initially began in 2015, California Highway Patrol officers have shared that more than 240 wrong way drivers have been pulled over in that safety zone region alone.

If you are on the road and spot another person going in the wrong direction, you may need to contact the police. Your decision to do so could help to prevent catastrophic injuries and fatal accidents. If you have already been hurt in an accident because of a wrong way driver, you need the assistance provided by a San Francisco personal injury lawyer.