Sometimes, an officer will arrest a person under suspicion of DUI before an accident happens. In the saddest of cases, however, a person under the influence of drugs or alcohol is only caught when a devastating crash hurts people or claims someone’s life. Have you already suffered in a DUI crash in California? You’re not alone, but only a personal injury lawyer can help you fight back. Getting back on your feet might be harder than you expected, and relying on payments from a lawsuit could be the key to your full recovery. 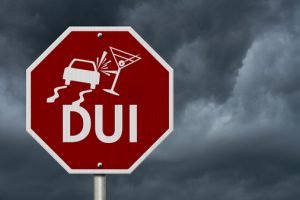 Research from the CDC indicates that a person dies from a drunk driving accident each 50 minutes, amounting to nearly 30 dead every day. While drunk driving has become less common when looking at national data points, some cities and regions are home to more DUIs than others. This means that while the national numbers have dropped some, people are still paying the price for serious injuries and accidents.

The study looked at the number of DUIs recorded in various states and California was home to a big portion of these drunk driving issues. In fact, 8 cities located in Southern California have a spot in the top 25 of all cities with DUIs. Three of those cities also see a higher DUI incidence than the national average.

For those victims of a vehicle accident when a driver was under the influence, it can take months to put the pieces of their life back together. Going through painful surgeries and long-term physical rehabilitation can be difficult for a victim who was in the wrong place at the wrong time. Those victims might have no other recourse except to file a lawsuit against the responsible party.

Since drunk drivers have limited judgment and reaction ability, the injuries typically associated with drunk driving crashes are severe or disabling.

Some of the worst DUI accident injuries are difficult to spot, so anyone who has been hurt in a crash must take action by seeking medical attention as soon as possible. Failing to get help could allow dangerous problems like concussions or internal bleeding to take hold and develop into more serious issues.

If you’ve already been hurt in a drunk driving accident, getting help is the first step on what could be a long path to recovery. Don’t wait to contact an experienced DUI accident injury lawyer in San Francisco.