Bicycle accidents have been on the rise in recent years and some states have a greater propensity for accidents than others. According to research from 2012, there were 722 bicyclist deaths that occurred during that year. That represented a 6% increase from 2011 and a 16% jump from 2010. The deadliest state for bicycle accidents is Florida with an annual average of nearly six cyclist deaths for every million residents. 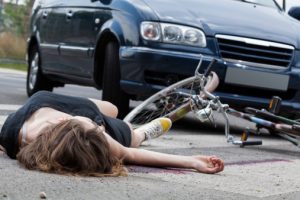 California, however, comes in number 6 on the list and is tied with Arizona and South Carolina for that spot. There are approximately 113 deaths on an average annual basis in California associated with bicycle accidents. Some of the common reasons for bicycle accidents are the fact that roads throughout California and other states were developed with vehicles in mind, not bicycles.

As a growing number of people choose to use their bicycle to get to work, for recreation, or to run errands, the drivers on the road have been slow to adapt and this puts bicyclists at greater risk of serious or life threatening injuries. Anyone who has been involved in a significant bicycle crash may be entitled to recover compensation with the help of an experienced San Francisco personal injury lawyer. Taking action sooner rather than later is strongly recommended. Anyone who has lost a loved one in a bicycle accident in San Francisco may be entitled to initiate a wrongful death lawsuit to recover compensation.