You’ve probably heard it all when it comes to old wive’s tales about what kinds of cars you should and shouldn’t get. That a red car is more likely to get you a speeding ticket because it’s easier for an officer to spot or that dark cars at nighttime are involved in more wrecks because they can’t be seen as easily.

Definitive research has finally been conducted on this subject, identifying a top ten for vehicles most likely to be involved in a serious accident. WikiLender looked at more than 2 million vehicles produced in 2009 and later to determine what types of cars had the highest repair rates for accidents to determine the results.

If you or someone you know has recently been in an accident involving these or any other type of car, you need to consult with an experienced San Francisco personal injury lawyer as soon as possible about your next steps. 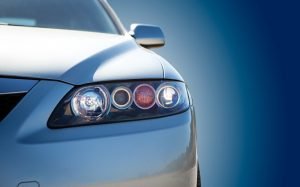 More than 11 percent of BMW 4 Series vehicles included in the study had been involved in at least one accident. Another seven percent of those cars were involved in unreported accidents as well. If someone else caused an accident in which you sustained serious injuries, you have rights and you need to talk to an experienced lawyer as soon as possible.