Driving in San Francisco or elsewhere around California means that you’ve probably encountered wreckage from fatal crashes. But a new study based on data from the California Highway Patrol’s statewide integrated traffic record system across five different California counties, found that men are more likely to cause fatal accidents. 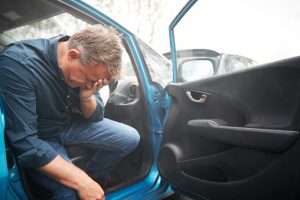 According to that study, 12 out of every 1,000 accidents in Southern California involved a fatality, but 9 out of every 12 were caused by men. Men were also most likely to be involved in an accident while driving under the influence.

Women were cited for a DUI and accidents at a rate of 4%, but men were twice as likely to receive the same citation and were also more likely to speed, pass improperly or run a stop sign or a traffic signal. Regardless of how you ended up in an accident, it is important to identify whether or not the other party was partially or fully responsible for your injuries.

If you have already been involved in a serious accident on California roads, schedule a consultation with an experienced San Francisco attorney today. No matter who caused the accident, you deserve to have an attorney investigating the scene of the crash and helping you file for benefits as soon as possible.

If you lost a loved one in a car accident in California because of someone else’s reckless behavior, your family could be entitled to compensation through a wrongful death lawsuit.