A recent San Francisco construction site accident has led to the death of one employee and an investigation by the police department and OSHA. 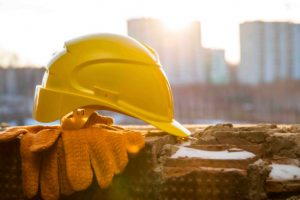 The employee in question was using a cherry picker connected to a ramp below the ground while working on the streets of San Francisco when he became crushed between a concrete beam and an aerial lift basket. Although co-workers and those at the scene reacted immediately to attempt to remove him from the situation, he died on the scene as a result of his injuries.

Unfortunately, accidents involving being pinned between something or struck by another object account for an alarming number of serious injuries. Research from OSHA shows that more than 75 percent of struck-by accidents where someone is killed are linked directly to heavy equipment, including cranes or trucks.

Situations in which a worker is pinned between machinery or objects are so common that they take a spot in OSHA’s “Fatal Four” classification. Many of these accidents could be prevented by an increased focus on safety on job sites. Some of the other accidents most likely to lead to severe injuries include falls and electrocution.

A few OSHA tips could help minimize the chances that you’ll be injured after being pinned on a construction site: