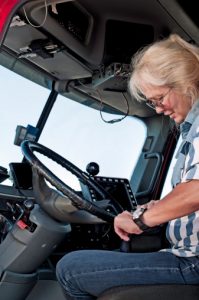 New research from the American Transportation Research Institute found that recruiting female heavy-duty truck drivers could reduce the record number of truckers who pass away as a result of vehicle accidents. Truck driver fatalities achieved a 29 year high with 840 deaths in 2017, compared with the 2016 numbers, that was a 6.6% increase.

An analysis of a dozen different behaviors found that female truck drivers might be safer than male ones. Those behaviors included convictions, prior collisions and traffic law violations. The study found that male drivers operating trucks are 20% more likely to be involved in a motor vehicle accident than female drivers. Failure to yield the right of way in reckless driving were the top factors associated with the driver’s likelihood of getting into a vehicle accident.