Unfortunately, deliverymen, many of whom are undocumented put themselves in danger every single day for very little reward. A deliveryman working in a busy city area might have to hop on a bicycle in congested traffic often. In fact, during some of the busiest times of the day, including the dinner rush, there are greater chances of being hurt in a significant accident. 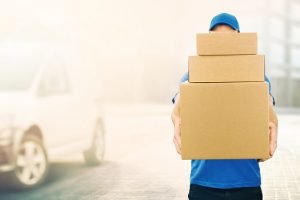 In New York City, for example, in one year nearly 4400 bicyclists were injured, and 24 cyclists died. Very few of these episodes lead to criminal charges, but anyone who is seriously hurt in a deliveryman accident who can show that the driver caused the accident to begin with, could have grounds to pursue a lawsuit with the support of an attorney.

Significant injuries are often associated with deliveryman or deliverywoman accidents because a delivery person can be thrown from their vehicle and into stationary objects or oncoming traffic. Deliverymen often have to dart between tight rows of traffic on busy and congested roads during periods like rush hour and are not able to easily maneuver or get out of the way. Furthermore, deliverymen might not be spotted by other drivers, particularly if those drivers are distracted at the time of the accident.

If you or someone you know has already been hurt in a deliveryman accident and believe that you have grounds to pursue a lawsuit with the help of an experienced San Francisco personal injury lawyer, you must take action as soon as possible to protect yourself and to file a legal claim. You have a limited period of time in which to recover compensation after being hurt in a deliveryperson accident. Being on a bike exposes you to much higher risks, especially if the other drivers are not paying attention and if you get struck and thrown from the bike.

A San Francisco bike accident lawyer can help you to file the right paperwork to recover compensation so that you can hold the relevant parties accountable. A lawsuit could be the only way to pay your medical bills and to put this unfortunate incident behind you.