While bicycle accidents only make up 2.3% of traffic fatalities, it’s important to remember that cycling makes up a very minimal amount of all trips taken in the United States. 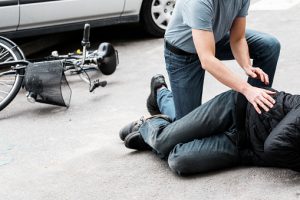 Cycling safety has become a prominent concern for many countries around the world, largely due to the disastrous and devastating road accidents associated with bicyclists. Bicyclists are often hit in several different ways that could be easily prevented by drivers paying more attention. However, cyclists also have a responsibility to be mindful of their surroundings and to do everything possible to minimize the chance of an accident.

Some of the most common ways to be struck in a bicycle accident in San Francisco include:

• Being rear-ended; such as the cyclist rides a little to the left or if a vehicle runs into you from behind while not paying attention. Lack of visibility and lapses in concentration are common causes of this accident.
• The right hook accident which occurs most frequently when cyclists get hit at intersections.
• Red light turns. If a bicyclist stops to the right side of a car that has already put on their brakes at the red light, the driver might not see the cyclist and instead strike into him or her.
• Wrong way accidents.
• Cars making right turns and hitting cyclists crossing on a sidewalk.

If you have been hurt in a serious vehicle accident and believe that it was the fault of another driver not paying attention or driving recklessly, you could have grounds to pursue compensation with the help of a lawyer. A San Francisco personal injury lawyer is the first person you should call when you need support with your bike accident claim.