Recent studies have determined that older drivers are especially at risk of serious injuries when driving older vehicles. It rarely makes sense for older people to invest in a new car if they have a used vehicle of their own that they maintain regularly. 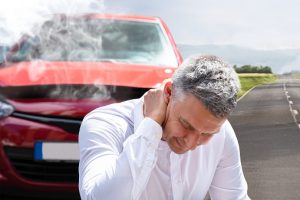 According to research from the Insurance Institute for Highway Safety, however, people in their 70s and 80s throughout the country are driving more frequently and crashing less often. However, when they do crash the outcome is much more likely to be a fatal one as a result of outdated safety features in the older vehicles owned by this portion of the population. The study looked at over 1 million drivers in Florida between 2014 and 2018, analyzing drivers aged 70 and above against those aged 35-54.

When compared with middle aged drivers, senior drivers were four times as likely to die in a side impact crash and three times as likely to suffer fatal injuries in a frontal crash. Having regular maintenance on your vehicle is one step towards decreasing your accident likelihood but it might not be the only way to prevent yourself from suffering devastating injuries.

Make sure that you consult with an experienced and knowledgeable personal injury lawyer in San Francisco when you find yourself in this situation of needing to move forward with your legal claim.