It’s been said that over 74,000 car starts have been blocked by the use of ignition interlock devices. These devices won’t start the car if the driver blows into the device with alcohol on their breath. 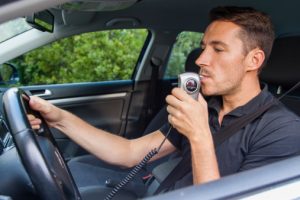 New studies, however, indicate that breathalyzers might not help to reduce accidents. The number of devices in use has tripled over the past ten years, but a New York Times investigation reveals that accidents are still possible even with these deterrent devices so possible.

The CDC states that the use of ignition interlock devices is important for public health. The agency claims that IIDs reduce repeat offenses for driving while intoxicated by as much as 70 percent.

The danger with these court-mandated devices, however, is that they aren’t done just when the car is started. Drivers have to prove that they’re still sober on the road. This requirement to breathe into the device can happen while the person is already operating the car.

If the person doesn’t pick up and complete the test in a certain time period after the device beeps, the driver has to pull over and wait for a lockout period to conclude. The person can then retest their breath. It’s recommended that the driver pull to the side of the road to make the retest conditions as safe as possible.

Reports submitted to the New York Times, however, showed that dozens of people who had roadside crashes were attempting to do a retest at the time of the accident.

If you’ve been hurt in an accident due to a drunk driver or because someone was attempting to take an IID retest, you might need to consult with a San Francisco personal injury attorney to discuss compensation for your medical expenses and other injuries.