The spring break season is now behind us, but for some, that only means recovery from serious accidents.

Spring break is a popular time for teens and college students to fly out to California and other warm destinations. It’s often a good chance for them to get away from school and rejuvenate. But Americans should always be careful traveling around spring break and major holidays like Memorial Day, according to the organization Roads Safe America. 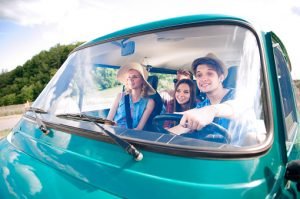 This is because spring break is one of the most heavily traveled times throughout the year, which means a higher chance of vehicle and truck crashes. Spring break often falls between February and April, and car crash fatalities rise in places like California, Texas, South Carolina, Arizona, Virginia and Florida. During the same period, fatalities involving out of state vehicle drivers under age 25 were much higher than resident drivers.

Many people on spring break might have plenty of distractions inside the car, making it harder for them to pay attention and be pressed to get back in time for when school ramps up again.

If you have recently been hurt in a serious crash in San Francisco or another one of California’s sunny cities, you might have grounds to pursue litigation against the responsible party. Scheduling a consultation with an experienced car accident lawyer is important for defining your next steps and verifying that you have the best possible chance to recover maximum compensation.