PokémonGo has been instrumental for helping the Nintendo company garner more than $7.5 billion in revenue in less than 2 days after the game’s release, but it also presents an important opportunity to talk about the dangers of distracted driving. Plenty of news reports have detailed that individuals playing Pokémon Go have run into obstacles, been hit by cars, or crashed their vehicles into trees. 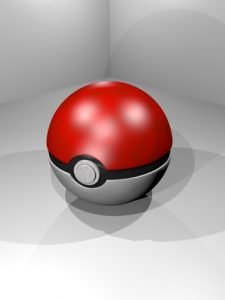 Despite the fact that it should go without saying that you should never Pokémon Go or play any game and drive, more people are reporting this behavior on social media, showing that they’re also using their phone to post to the internet as they are playing a game. This level of distractions can increase the chances of being involved in a serious car accident. According to Distraction.gov, more than 3,100 individuals were killed in 2014 alone in distracted driving accidents.

A further 431,000 individuals were hurt in vehicle crashes involving distracted driving. If you’re going to play Pokémon Go, do it safely and never engage in this behavior behind the wheel of a car. You could be putting yourself and others at risk on California’s roadways. Individuals who cause distracted driving accidents may be facing civil penalties if a lawsuit is filed. Have you already been injured? Talk to a California car accident attorney to get a better understanding of your rights.