What happens if you’re involved in an accident because you lost your grip on the road? Traction is an important element regarding the relationship between your tires and the ground. During wet weather, you’re more likely to face a serious issue with slipping or hydroplaning. But what happens if the roads are too smooth, and you can’t get the grip you need to avoid an accident? 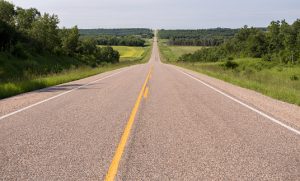 A new research study shows that the smoothest roads in the nation are found in California, a fact that some safety advocates say is not a good thing.

The smoothness standards for California roads are higher than in any other U.S. location. One contractor has come forward to argue that the smooth standards are to the point that no driver would really notice although an accident might happen in wet weather because of the features that are eliminate in the name of a smooth ride.

Prior to the creation of the smoothness standards, California highways were named the worst in the country. Road condition problems have made up many complaints and been featured in studies, too. The government responded by requiring much-needed upgrades, but is demanding that the smoothness of the roads exceed what contractors expect.

Dangerous road conditions might cause a vehicle accident or make the outcomes of one much worse. If you can show that your accident was caused by road defects that the government knew about or should have known about, this could become the source of a personal injury claim. Because of the complexity of such a legal argument, it needs to be made by a personal injury attorney who knows how to investigate the scene of the accident. Make sure you have a San Francisco personal injury lawyer at the ready to help with your legal case.