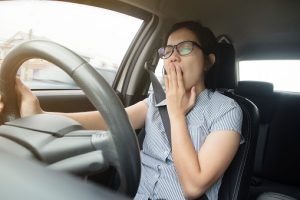 Drowsy drivers are a big risk factor behind the wheel, perhaps more so than previous studies indicated. The proportion of crashes in which drowsiness was evident was more than three times higher during the night time hours, according to research completed by the AAA Foundation for Traffic Safety.

In order to arrive at these results, the agency looked at more than 3,500 people in six different locations across the country between 2010 and 2013. In-vehicle cameras were some of the most common types of equipment used to analyze this and drowsiness was the factor in 8.8% of all the crashes analyzed.

Sleepiness was also a result in nearly 8% of crashes leading to significant property damage, injury or airbag deployment. Government statistics, however, indicate that drowsy driving is only a problem in up to 2% of all accidents, but this recent research shows that the problem might go much farther.

In 2013, the National Safety Council, for example, found that 21% of crashes involved cellphones. Although cellphones and other methods of distracted driving have been named in numerous different academic studies as the cause behind devastating accidents, drowsy driving is less well understood.

Already hurt in an accident like this? You need a San Francisco personal injury lawyer who cares.