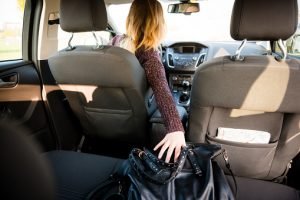 Plenty of research has been conducted about what is contributing to the higher numbers of accidents across the United States.

A recent study conducted by the National Academy of Sciences identified the number of distractions being encountered while driving. Up to 4 million of the 11 million vehicle crashes that occur on an annual basis could have been prevented completely if no distraction was present.

The top five most dangerous distractions to engage in behind the wheel, even in situations in which a driver was completely healthy or sober, include:

Operating the car radio alone more than doubles the risk of a serious car accident. Engaging in distracted driving behavior could be catastrophic in the event that you cause a vehicle accident or seriously injure or kill someone else. Consulting with an attorney if you’ve been the one recently injured in an accident is strongly suggested.

Distracted driving could lead to devastating injuries or even fatalities. Family members who have lost a loved one may have grounds for a wrongful death suit against the responsible party, but given that you have a limited period of time in which to pursue such a claim, you should take action sooner rather than later. Find a California car accident lawyer you can trust.