A 2009 National Highway Traffic Safety Administration study found that diabetic problems were behind one out of every five vehicle crashes precipitated by a medical emergency reported by the driver. That same study also found that heart attacks made up an additional 11%. 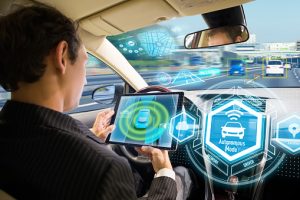 People behind the wheel may not always know when they are experiencing a heart attack but technology developed by automakers may help to figure out when a serious medical event occurs and to help people to get off the road. This new technology can monitor medical conditions such as a change in heart rate on behalf of the driver and could force the car to pull off the road and contact 911.

This could help someone who doesn’t realize what is happening or who has lost consciousness. Anyone who loses consciousness could be catastrophically injured in an accident that could ultimately harm others if they are not careful.

Heart-related medical issues are extremely dangerous behind the wheel and a person’s life may be saved by in car technology that pulls off the road and identifies how to contact help immediately. Diabetics are another category of people who are likely to be involved in a major accident behind the wheel. Diabetics are 12% to 19% more likely to be involved in a serious vehicle accident. If you’ve already been hurt in an accident caused by serious medical issues, you need to consult with a San Francisco personal injury attorney immediately.