A new AAA study says hit-and-run deaths are at an all-time high. Being struck in a hit-and-run accident is especially devastating for pedestrians and cyclists, who are most likely to be critically injured or killed in these types of accidents. 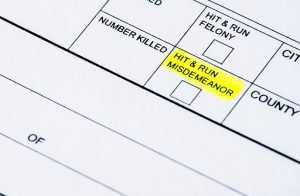 A new AAA study has identified that hit-and-run deaths are at an all-time high, which is particularly problematic, since many cities, counties, and states have put together awareness campaigns and more to cut these numbers down.

According to data from the National Highway Traffic Safety Administration that was later analyzed by AAA, deaths from hit-and-run crashes represented a 62% increase from 2009 data. Unfortunately, this means that hit-and-run crashes may be trending in the wrong direction.

More than 65% of victims in many hit-and-run accidents that led to at least one death involved cyclists or pedestrians, and nearly one out of every five pedestrian deaths over the last 10 years were associated with hit-and-run accidents. That was compared with pedestrian deaths representing just 1% of driver — compared to 1% of driver fatalities, and if you or someone you know has already been injured in a serious California car accident, you need a knowledgeable personal injury lawyer to fight back.