Did you know that speeding is one of the most common causes of vehicle accidents in California? The other driver might argue after the fact that they were not speeding or driving recklessly, raising questions about who is responsible for the accident and the true severity of injuries that you sustained. 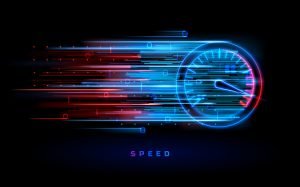 Speed limits are in place to protect drivers and reduce the risk of accidents and anytime that a driver fails to abide by the posted speed limit, others are put in harm’s way. The faster that a drive is going, the more likely serious injuries were involved. If you’ve recently been involved in a San Francisco car accident in which another party was speeding unnecessarily, a consultation with a San Francisco car accident lawyer can help you pull together the evidence to illustrate that this party was speeding.

One of the first things you can do is talk to witnesses about what they saw. It’s very likely that a witness who saw the entire accident knew they were speeding as well. Surveillance footage is another way to show the speed of another car. If the accident occurred in a residential neighborhood, for example, a surveillance system belonging to a homeowner might have caught a driver speeding through the neighborhood right before the accident. Photos from the scene of the accident can also help to tell the story of speeding.

An accident reconstruction expert and your San Francisco car accident lawyer will examine the photos of the damage that was caused by the collision. Regulatory agencies and manufacturers can conduct tests to determine the speed at which different parts of a car might completely crumple in a crash. Photos could also show that the driver’s vehicle left other evidence like skid marks on the road. In all of these circumstances, it can be in your favor to show that the other driver was speeding so that you can recover the compensation you need.