A TBI refers to an injury to the brain caused by a jolt to the head or a blow to the head from penetrating or blunt trauma. The injury that happens at the moment of the impact, such as in a car accident crash, is known as a primary injury. Primary injuries can involve specific areas of the brain or the entire brain. In some situations, the skull could be fractured. 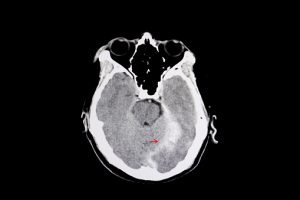 If your recent San Francisco car crash caused you to be diagnosed with a TBI, you have rights under the law.

The brain crashes back and forth inside the skull during a vehicle accident, which can cause a variety of medical conditions, such as bleeding, bruising and tearing of nerve fibers. One of the most challenging aspects of a traumatic brain injury is that it is not easily diagnosed at the scene of the accident. In fact, the person could appear fine, but their condition can decline significantly in the hours following your San Francisco accident.

The brain undergoes a delayed trauma process in which the flow of oxygen rich blood is reduced as the brain pushes against the skull. This is also known as a secondary injury which can have more catastrophic impacts than the initial injury. If you find yourself attempting to deal with the consequences of a traumatic brain injury caused by another party’s negligent or reckless behavior, you could be able to pursue compensation with the assistance of an experienced San Francisco personal injury lawyer.

You deserve to have your questions answered promptly and managed by an experienced accident attorney in San Francisco who is familiar with this area of the law. Do not hesitate to get help as waiting too long to file your lawsuit could bar you from recovering compensation.