Denying workers’ comp claims can have far reaching consequences for you when you’ve already been hurt on the job in San Francisco. This is a big reason to take your workers’ comp claim seriously and to hire an experienced San Francisco workers’ comp claim lawyer as soon as possible after you’ve been hurt on the job. Although your employer may have a vested interest in getting you the support that you need, you’ll have to work with an outside insurance company and your claim could be denied. This can put an additional strain between you and your employer but also make it difficult for you to get the care you need and to have the recovery time off work required. 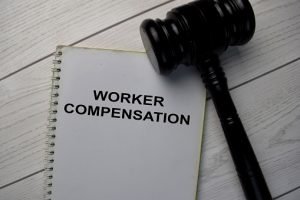 One study found that nearly 70% of claims that were originally denied for workers’ comp are converted to paid claims within a year. One leading reason for this is presenting compelling evidence to the insurance company that an accident or illness did indeed occur.

That same study found that the amount of money awarded for a converted from a denied to approved claim is about 55% higher than the original claim.

Denials are problematic because they can lead to decreased productivity, loyalty, and trust in the workplace. Unfortunately, many valid workers’ comp claims are denied out the gate and workers who are not familiar with their rights do not get the help that they need from an experienced workers’ comp lawyer.