If you were recently involved in a serious vehicle accident and the person who caused it left the scene of the incident, you need to contact an experienced personal injury lawyer immediately. 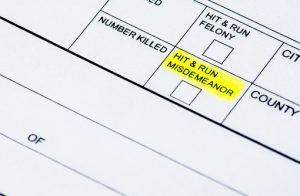 Your consultation with a personal injury lawyer in San Francisco might be the only way for you to conduct a full investigation that could potentially yield the name of the person who caused the accident. Hit and run accidents are, unfortunately, becoming far too common as drivers who are involved in accidents flee the scene for a number of different reasons.

Hit and run fatalities occur approximately six times per day across the United States and that number has risen in recent years. For example, in 2015, people in the United States crashed and fled the scene of the incident more than 2,000 times every single day. People have been fleeing the scene of the incident for many decades, but the Federal authorities only began collecting this statistic in 1975. Unfortunately, many of these incidents involve situations in which a driver struck a bicyclist or a pedestrian and kept driving, even if the person was imbedded somewhere on the car or in the windshield. Those who are caught for hit and run accidents may face criminal as well as civil penalties, but if the person speeds away quickly enough and you are not able to collect necessary evidence that could connect them to the crime, video cameras and eye witness statements from people in the area might be the only way to for you to connect with the person who initially caused the accident.

You may begin to forget pertinent details about the crash if you are not quick to retain your own personal injury lawyer. A personal injury lawyer who has experience in accident investigation and reconstruction could help you put together the pieces to file a lawsuit against a responsible party, but it is up to you to retain an attorney as soon as possible if you want the best options to pursue a legal case. You deserve to have compensation to help pay your medical bills if you have been hurt as a result of another person’s negligent behavior. Contact an experienced San Francisco personal injury lawyer immediately.