San Francisco has some of the busiest streets around the country. Every day when you buckle up, you know there’s the potential of a serious accident. So you do everything you can to prevent a San Francisco crash. Buy the right car seat, use seatbelts, adjust your speed for weather, and buy a safe car. 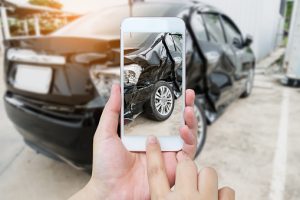 But what happens if you’re not as safe as you think you might be in a San Francisco crash?

New research shows that sitting at the back seat of a car could actually be less safe during a head on crash. For many years, the back seat of a car had been shown to be one of the safest places inside the vehicle for minimizing injuries or even fatal issues during a crash. However, this new research shows that that might not hold up in head on crashes.

The study found that back seat passengers do not have the benefit of higher level restraints systems such as airbags. Crash tests were used to identify that when an accident begins to happen, the airbags will deploy at the same time that the front seatbelt tightens, which enhances the protection available for those sitting in the front seat. Front seatbelts have also been shown in academic research to be instrumental in minimizing injuries.

They help to reduce the risk of chest injuries when they have been used with force limiters. Rear seatbelts do not have force limiters. If you are curious about how your injuries were caused and believe that it is the fault of another driver in your accident, you may be able to speak directly with a personal injury lawyer about the best way to protect yourself following an accident.

If you were already hurt in a San Francisco crash, you cannot afford to wait to get help.