According to numerous research studies produced by the US Centers for Disease Control and Prevention, and the Department of Transportation’s National Highway Traffic Safety Administration, parents fail to install or use car seats properly more than 59% of the time. Forward facing car seats are the most likely to be misused at 61% but those used for infants set up in a rear facing manner, are close behind with a 49% misuse rate. Installing or using a carseat improperly can have catastrophic consequences. 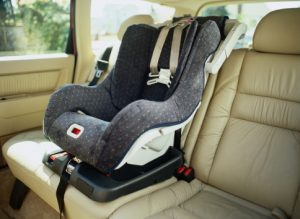 The Centers for Disease Control shared that in 2015, more than 660 children under age 12 died in vehicle accidents. A maximum of 35% of them were not buckled in their car seats appropriately. Furthermore, in a one-year period, more than 618,000 children under the age of 12 rode in vehicles without being strapped into a booster seat or car seat or using a seatbelt at least some of the time.

These can lead to catastrophic injuries from which a child may struggle to continue developing. Consulting with an experienced car accident attorney in San Francisco is strongly recommended if you believe that a car accident was caused by someone else’s reckless or negligent behavior. Any parent can do their part to help minimize injuries and prevent fatalities by installing car seats properly such that if you are in a crash, your child will have a better chance of survival.