San Francisco has long had a major concern about bike safety. In its efforts to cut down on the number of bicycle/auto accidents, the City has expanded the introduction of bike lanes, and in late 2015 closed the city’s major artery, Market Street, to all but bicycle, bus and taxi traffic.

Final results of the new bike lanes have not been announced but the City is installing more bike lanes on major arteries in the central core. 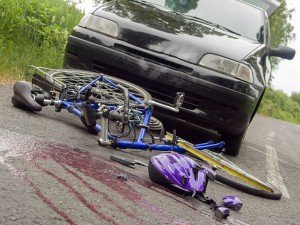 As a result more motorists, who either learned to drive in areas with few bicycles sharing the road, or are simply not paying attention to bike lanes, are having a tough time dealing with what used to be routine driving.

Making a right turn is a good example.

The guiding principal according to state law and the San Francisco Bicycle Coalition is to always make a right turn from the right lane. A bike lane is still a lane so turning across it makes a turn illegal. The result can be a “right hook” collision.

Having your turn signal on, helps, but it does not absolve the driver of responsibility if he is turning across a bike lane. The correct method is to first merge into the bike lane, yielding to bike traffic, before making a right turn. Most bike lanes will indicate merge areas. In San Francisco, the last 50-200 feet before an intersection is usually a broken line, indicating vehicles making a right turn can be in the bike lane.

This is just one of the many rules of the road that will help to prevent personal injury accidents in bike lanes. Unfortunately it will not solve the problem.

If you’ve been injured in a bicycle/auto accident our experienced attorneys, many of whom are avid riders, are here to help.