Everyone knows that they are at risk of suffering fatal or severe consequences in a vehicle accident if one happens, but new data reveals that one day is home to more fatal wrecks than others. That day is August 2nd. Most people might think its New Year’s Eve, the 4th of July or Super Bowl Sunday that makes for the most lethal day on highways throughout the United States. In general, Thursday is the day on which car wrecks are likely to kill more Americans than any other day of the year, according to an analysis of data from 2012 to 2016 recently explored by the Insurance Institute for Highway Safety. 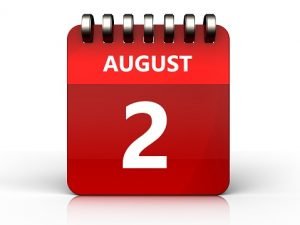 During that period, a total of 505 people were killed on Thursdays. Vacation travelers and sunny skies are two of the biggest reasons why the month of August is also one of the deadliest. People are a little less careful and pay a little less attention during the summer when the weather is nice and sunny. When there are other obvious risks that make the task of driving more difficult, such as inclement weather, people tend to be more careful or more on guard.

During the span of the study, August represented nearly 16,000 fatalities. The first week of August is top vacation time which means there are more cars on the road than in other weeks. Other than that, however, there is no significant event that occurs regularly in August that makes people more likely to suffer.

In August 2016, Nationwide Mutual Insurance Company members reported nearly 61,000 accidents. That was higher than in any month during the previous four years, according to the company. If you have recently lost a loved one in a deadly accident and believe that you might have grounds to pursue a lawsuit, scheduling a consultation with an experienced San Francisco personal injury lawyer should be your first step.

Wrongful death lawsuits filed in the State of California must be organized in a timely fashion and presented to the court as soon as possible, in order to protect surviving family members’ rights to recover compensation.