Have you recently been involved in a San Francisco car accident and sustained a brain injury? If so, you need to speak with a lawyer as soon as possible. A brain injury can impact your life for many years to come and can introduce big changes i 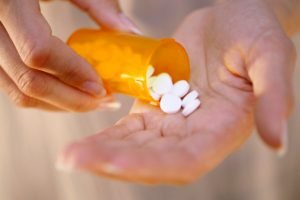 Brain injuries look very different from one patient to another and can vary in severity. You might not even realize the full extent of the injury until days or weeks after the crash. If this happens, you need a lawyer who knows how to fight for your rights in court or in settlement negotiations.

Even thought TBIs have gotten more attention in recent years partly due to the better awareness in the football leagues and elsewhere, they are still notoriously hard to treat. Plenty of medical research is exploring how to better prevent, identify, and treat traumatic brain injuries. That’s why a new treatment poses potential for those who are struggling with memory problems due to a TBI from a car accident.

A new memory enhancing drug is showing positive benefits with mice. It looks like this medication could reverse the negative impacts of a TBI for some victims. Those mice who were treated with the drug had memory capabilities similar to those mice were never injured. Given that more than 2 million Americans are affected by brain injuries every year, this could be a big step forward for victims.