The crash test dummy has long been heralded as one of the best ways to determine the relative safety features of a vehicle. As the size, shape, and longevity of the American population has changed, however, researchers are calling for dummies more in line with what people actually look like and weigh. For that reason, crash test dummies have gone through a metamorphosis in recent years with the underlying goal being to determine the best ways to prevent serious injuries and fatal car accidents. 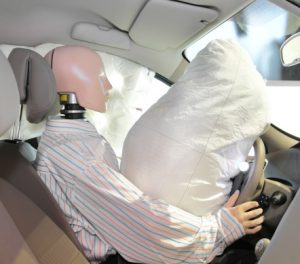 A fatal car crash might be the worst-case scenario for someone who is involved in an accident and despite the fact that the auto industry has made many efforts to increase their own safety standards, fatal accidents continue to happen. In 2009, a study identified that even though airbags, seatbelts and cars in general are more resilient in crashes, there are still an alarming number of fatalities on the road. One approach to address these concerns has been to update the test dummy.

Models are being developed to be bigger and more accurately resemble a typical American. A new model known as the test device for human occupant restraint is 5’8″ and 170 lbs. With 140 sensors, this test dummy can even detect brain damage. With 18 separate channels of data that can be provided to researchers, they will be able to identify further information about why fatal car accidents continue to happen. Although a protocol distributed by NHTSA in 2015 for auto manufacturers to use this model is yet to be mandated, this may change in coming years.

Recently been in an accident? Talk to a San Francisco personal injury lawyer to learn more about your rights.