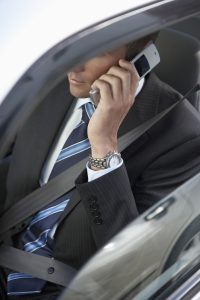 Distracted driving is a major cause of accidents not just in California, but around the country. The issue has attracted nationwide attention in the form of public service announcements and campaigns, laws, and applications designed to cut down on the behavior.

A survey conducted by the California Office of Traffic Safety, however, showed that a minimum of 12.8 percent of drivers were seen using their cellular devices, an increase of more than 9 percent from last year and surpassing the previous annual high of 10.8 percent. The California Highway Patrol wrote a total of 13, 496 tickets for distracted driving during the survey period this April, also known as National Distracted Driving Awareness month, but this was overall a 27 percent decline from April 2015.

According to the California Highway Patrol spokeswoman, the main goal of their activities are to encourage voluntary compliance and to raise awareness about the issue. This is why the California Highway Patrol gave more than 300 educational presentations during that month and put together a social media campaign to raise awareness about distracted driving. If you have already been injured in a California car accident associated with distracted driving, you need a knowledgeable attorney to help you.