Autonomous cars have been supported for several years as a primary way to decrease the significant risks of vehicle accidents. Many consumers, however, are still hesitant about whether or not they would be comfortable purchasing and using a car that drives itself. 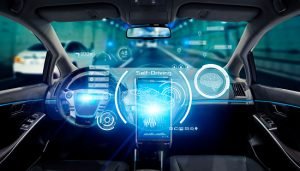 A new IIHS study finds that despite the fact that autonomous cars have been promoted as a way to decrease injuries and deaths that autonomous vehicles would still struggle to eliminate up to two thirds of crashes. Self-driving cars do minimize issues such as incapacitation and detection. However, if they are built to be more aggressive in design rather than safe, they will still end up crashing in a multitude of accidents.

The IIHS determined that based on over 5,000 police reported crashes from the National Motor Vehicle Crash Causation Survey, those factors evaluated down into five different categories of vehicle crashes known as predicting errors, sensing and receiving errors, execution and performance errors, planning and deciding errors and incapacitation errors. Up to 60% of accidents rely on the person in the car and those building the systems, meaning that people could still be critically hurt in an accident, even while driving an autonomous vehicle.

Don’t let the false sense of security in driving an autonomous vehicle make you think that you don’t need to pay attention to the road. If you’ve recently been involved in an accident with a distracted driver, schedule a consultation with a trusted personal injury lawyer in San Francisco today.

Your injuries could be so substantial that you can’t go back to the job you had or that you can’t see the road forward. As a result of these high stakes, you need a trusted injury attorney at your side from day one to help you and your family file suit.