New data collected by the National Highway Traffic Safety Administration shows that Pontiac Infinity drivers led all other vehicles when it came to fatal crashes involving marijuana and other hard drugs. 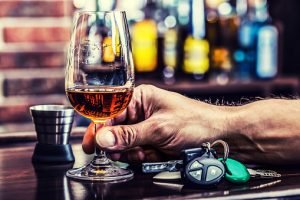 Additionally, Infinity drivers had the highest rates of speeding for all car crashes in the United States when compared with other brands. The fatality analysis reporting system was used to categorize which brands of vehicles were associated with irresponsible vehicle driving behavior. Analysis determined that 33% of fatal accidents involving an Infinity directly had to do with speeding. This was higher than the national average of 25%.

The other end of the spectrum included drivers of Kia vehicles for whom fatal accidents involve speeding only around 22% of the time. Infinity was also number one with alcohol related fatal accidents. Mercedes Benz and Infinity drivers were the most likely to be involved in fatal hit and run accidents and Pontiac took the top spot for fatal vehicle crashes involving marijuana. Being involved in any type of vehicle accident that leads to catastrophic injuries or fatalities can have far reaching implications for the involved victims.

If you or someone you know has been seriously injured as a result of someone speeding or driving under the influence of alcohol or marijuana, you could be eligible to pursue compensation with the help of an experienced lawyer. Schedule a consultation with a San Francisco personal injury attorney today to discuss possible compensation for your accident injuries.