A study completed by the Insurance Research Council identified that approximately one in eight U.S. drivers was uninsured throughout 2015. This means that insured drivers face a higher risk in the event of a vehicle accident. Up to 13% of all motorists across the United States did not have insurance in 2015, representing an increase from the 12.3% number that was recorded in 2010. 2010 was the first increase in the number of uninsured motorists after a seven-year decline. Insured drivers and tehri insurance companies are often the ones required to pay the resulting damage and health costs associated with an accident when involved in a crash with an uninsured driver. 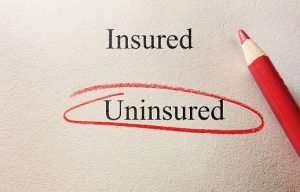 An underinsured driver is also just as risky because he or she may not have appropriate limits on his or her car insurance policy to cover all of the damage involved. Drivers in 49 states across the country are required to carry car insurance but far too many people attempt to skirt the law and drive without any necessary protection. The number of uninsured motorists can vary from one state to another.

The top five states with uninsured motorists were Florida, Mississippi, Michigan, New Mexico, and Tennessee. If you’ve already been involved in an accident with an uninsured or underinsured driver, you need to take steps to protect your rights as soon as possible like hiring a San Francisco accident lawyer.