The rise of pedestrian fatalities has far reaching consequences not just in San Francisco but around the country. Plenty of people use the streets of San Francisco as way to get extra exercise, to carry out their errands, or to get from work to home. 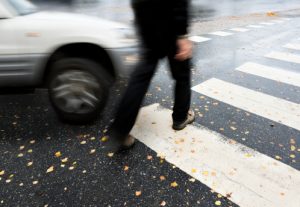 However, the likelihood of a pedestrian being struck by a car has increased in recent years and that has led researchers to try to figure out what is between this connection. The recent findings from the University of South Florida Center for Urban Transportation Research contradict that pedestrian accidents disproportionately affect lower income residents in Tampa, Florida. Tampa was the subject of study because it was named as one of the most unsafe places for walking and biking in the nation. However, pedestrian accidents happen all too often in San Francisco as well.

Some of the outcomes from this and related studies about pedestrian fatalities can be used by transportation planners to design safer roadways throughout thoroughfares. One of the primary findings in this study was that pedestrian crossings located near curved areas of the roadway are much more likely to lead to pedestrian fatalities than those in straight roads.

Those pedestrians attempting to cross a curved roadway have a two and half times higher risk of being struck and killed in that intersection. Furthermore, pedestrians are twice as likely to be hit and killed in an accident at night when compared with during the day time. This has critical implications for law makers and city planners who might use this information to improve lighting options at pedestrian crossing points.

The top five variables associated with pedestrian fatality as explored in the study are all related to drug or alcohol use by the driver or the pedestrian. If you or someone you know has already been hurt in a serious San Francisco pedestrian accident, you need the support of a knowledgeable personal injury lawyer.