After an accident, there are so many things to think about. You want to snap pictures of your vehicle and any other evidence, talk to witnesses in the area, contact the authorities, and file a police report. 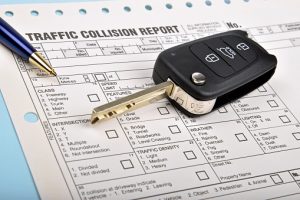 A new study has found, however, that most crash reports do not capture all of the essential information, which is why it is so important to record your own notes and share them with your personal injury attorney after the accident. 48 states’ crash reports have a field to record hand held mobile phone use. The majority of these crash reports, however, failed to include information about whether or not anyone in the accident was drowsy, distracted, drunk or drugged at the time of the accident, according to the National Safety Council.

The study found that none of the forms for these states have a field for law enforcement officer to record the level of the driver’s drowsiness at the time of the accident, although there is a location in 49 states to indicate the driver’s general fatigue level. 32 reports don’t have fields to identify drug use types and 26 do not have fields about texting while driving.

There were 23 crash inducing factors identified by the NSC that they believe should be included on all future crash reports. If you or someone you know has already been involved in an accident caused by another person’s negligent behavior, you may be entitled to recover compensation after consulting with an experienced lawyer in San Francisco.