There’s no doubt that behavior like drunk driving and distracted driving take their toll on roadways across America. But one behavior that might be more common and overlooked could also have a devastating impact on accidents and injuries: speeding.

It’s not just the law. Speeding can enhance a driver’s risk of being critically hurt in an accident and in harming others. It’s one of the easiest habits to avoid on the road, but so many people assume it only increases their risk of getting a ticket. 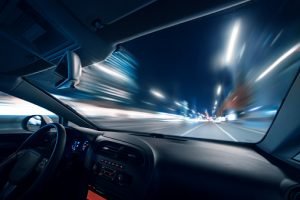 A research study out of Canada found that speeding is the riskiest form of aggressive driving. According to those researchers, no other data fact is as important as how fast you might be going beyond the speed limit.

Aside from violating the rules of posted speed limits, drivers should also be prepared to adjust the speed of their vehicle in inclement weather conditions or in altering traffic. The researchers found that speeding is a strong predictor of vehicle accidents, and used data from insurance companies who were collecting information from monitoring devices inside client vehicles.

The authors then looked at crash cases and compared them to control cases, assigning a penalty system for four types of bad driving. Those four bad behaviors were hitting corners too hard, accelerating hard, hard braking, and speeding. If you’ve been involved in a San Francisco accident with someone who was speeding behind the wheel, you could have grounds to pursue compensation with the help of an experienced lawyer.