Plenty of studies have been completed to identify distracted driving, but the National Highway Transportation Safety Administration found that simply changing the radio station can account for at least 14% of car accidents in the United States. Certain people may be more likely than others to engage in distracted driving. 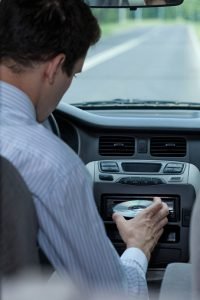 A recent study of Norwegian adults and high schoolers found that young men were the ones most likely to report distraction due to phones, but also tied to people talking in the car or flipping through a radio dial. The study also found that the more distraction prone people included frequent drivers, including those with extra burdened and neurotic personalities.

Many people who felt the distracted was socially acceptable or didn’t feel that they could control distractions were more likely to report their own engagement in distracted driving, according to the study. Those who felt that they could control their behavior and older women, however, were less likely to report distraction. Possible interventions were also identified in the study, including giving drivers a quiz.

The Norwegian study was the first of its kind to look at behavior and intentions when it comes to distracted driving, and is also added to the emerging literature on gender and personalities and how that affects behavior behind the wheel. The world of distraction is evolving extremely quickly due to technology. Although use of phones is not always recorded as a factor in vehicle crashes, it is often under reported.

Already hurt in an accident you think was caused by distraction? You can’t afford to wait to get help from a talented San Francisco personal injury lawyer.