Bike lanes have long been promoted as a way to make the roads safer for cyclists so long as other drivers comply with the rules and regulations of the bike lanes. Five years ago San Francisco launched a program known as Vision Zero, with the goal of minimizing traffic fatalities. 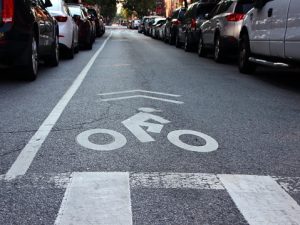 While the vast majority of accidents involve traditional vehicles, those riding electric scooters, bicycles, skateboards and are on foot are also at risk. A new study published in the Journal of Transport and Health points out that across numerous US cities, like San Francisco, the more separated and protected bike lanes are, the better overall road safety for motorists and the fewer the fatalities that occur.

Previous studies explored all accidents including minor traffic crashes. In San Francisco, however, the fatal crash rate experienced almost a 50% decrease at the same time that the city saw a 348% increase in people biking.

Protected bike lanes could be an important way for people to be blocked from parking in the bike area, and decreasing the number of people who are subjected to injuries in dooring accidents. If you have already been involved in a serious San Francisco bicycle accident, schedule a consultation with a personal injury lawyer today.