A new University of California San Francisco study found that electric scooter injuries have surged by 222% in the last four years. Nearly 3,300 of the total 39,000 injury cases required hospital admission, meaning they were likely serious injuries. As ridership increased so too did the likelihood of being hurt in an accident. 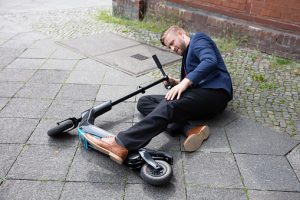 One of the most alarming impacts discovered in this study is the overall number of injured riders who suffered head injuries. Some of the most common injuries for scooter accidents included fractures, contusions and abrasions. However, the UCSF study also found that one-third of patients involved in scooter accidents had sustained some form of head trauma.

Most people who are using electric scooters to get around San Francisco might be skipping out on wearing a helmet, meaning that they could be exposed to significant head injury risks. A person riding a scooter who does not follow the rules of the road could easily be struck by a vehicle and sustain critical injuries that makes it difficult for them to return to work. The vast majority of those who were injured per the data in the study, were men between the ages of 18 and 34.

If you have recently been hurt in an accident because of another driver who was not paying attention, you could be eligible to pursue compensation with the support of an experienced San Francisco injury lawyer. Given the surge of people using scooters and being injured on scooters, it is in your best interests to schedule a consultation with an attorney sooner rather than later.

Our San Francisco personal injury law firm can assist you if you have been seriously hurt in a scooter accident.