If you have ever been in a car with someone who is impaired, you know that your life may be in their hands. It is very dangerous to get behind the wheel when drinking but it is also dangerous to get inside a car when someone else is under the influence of alcohol or drugs. 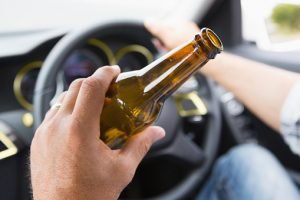 A new Colorado State University study finds that riding with an impaired driver is very prevalent among young adults, with more than 33% of high school graduates admitted that the risky behavior had occurred at least once in the past year. Many teenage drivers don’t know how to handle this situation when they don’t want to push the buttons of the driver who is clearly under the influence.

The research was published in the Journal of Studies on Alcohol and Drugs and was one of the first to ask about the specific kind of substances that were used by the driver and who that driver was. The investigation identified that one factor that made this study unique was that participants were able to share who the impaired driver was. The risk of riding with an impaired driver was much higher for peer drivers when compared with older adult drivers. This was 21% versus 2.4% for use of marijuana, 17% versus 4% for alcohol and 5% versus 1% for illicit drugs. Certain study subject had an increased risk of driving with an impaired driver including those who attended technology school or didn’t attend a four-year college. If you’ve already been involved in an accident with an impaired driver, you need to consult with an experienced injury attorney immediately.