The opioid prescription epidemic has gotten a great deal of attention in news headlines and in legislative assemblies. However, research now indicates that it is still a serious problem particularly as it relates to the roads. 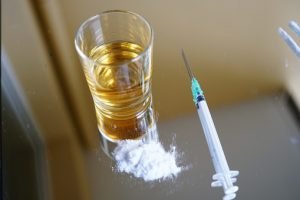 Columbia University recently conducted a study in which they analyzed more than 20 years of traffic fatalities in Rhode Island, West Virginia, Illinois, New Hampshire, Hawaii and California to determine the potential impact of people who had been taking opioids prior to the accident.

The study found significant increases in the number of individuals who were killed in these crashes while under the influence of opioids. The numbers increased by 7% for women and by 5% for men between 2010 and 2015. The number of drivers testing positive for prescription pain medications is particularly alarming as it is a small window of the number of drivers who may survive these accidents or leave the scene of the accident after it happens.

If you have been involved in an accident in California with someone who appears to have been under the influence of alcohol or drugs, this can be a significant factor in your ability to file a personal injury claim and you should consult with an experienced San Francisco personal injury lawyer as soon as possible.