Most people recognize that distracted driving is an extremely dangerous behavior and one that should be avoided. However, they also admit in alarming numbers that they engage in the practice themselves. The most recent Progressive Insurance study released in October of 2017 shows that drivers believe that distracted driving is the most common cause of auto accidents, even beyond drunk driving. 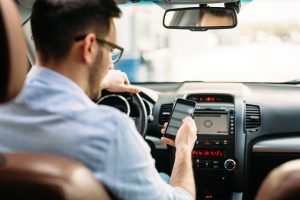 Yet those same individuals find confidence in their own ability to text behind the wheel. Those people between the ages of 18 and 34 believe they can safely text and drive. More than half of the respondents in this age category felt confident in their own abilities, compared to just 6% of respondents over age 55. The National Highway Traffic Safety Administration shows that more than 391,000 individuals were injured in distracted driving crashes in 2015 and nearly 3500 people suffered fatal injuries.

Twice as many men reported feeling extremely confident in their ability to text and drive but 88% of those same male drivers felt that it shouldn’t be allowed; whereas 97% of female drivers argued that this common distraction should not be allowed in any states. In general, most drivers seem to feel that their ability to text and drive is superior to that of their peers, even though they do not trust their peers behind the wheel.

When distracted driving accidents cause injuries or fatalities, the at-fault party could be held responsible. Talking with a San Francisco accident lawyer can help.