Recently a San Francisco teacher had a close brush with death when a part of the Yerba Buena Island Tunnel broke loose and narrowly missed her car as she drove across the Bay Bridge.

Luckily she was able to swerve to avoid the concrete but was unable to avoid driving over at least a section, causing $3,000 in damage to her car.

According to the San F 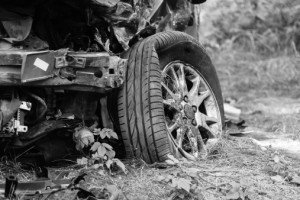 rancisco Chronicle story,  Cal Trans has already agreed to accept liability and the Oakland resident was treated and released at  hospital for neck and shoulder pain.

But when she returned to work the following Monday she was walking in a school hallway when she was suddenly startled but a student. She says she began breathing heavily and crying uncontrollably and could not continue to work.

She was advised to seek treatment for her emotional injuries which, in this case, might be more serious that her physical injuries. Only a trained professional can determine the exact extent of her psychiatric injuries but it’s important that they be treated just the same as a physical injury.

Psychological trauma from a life-threatening event can be difficult to diagnose because it can show up the next day or even months later when symptoms such as increased emotionality, headaches, flashbacks or an inability to sleep suddenly appear. Left untreated, Post Traumatic Stress Disorder (PTSD) can even lead to additional problems later in life.

In some personal injury cases victims fail to connect their symptoms with their accidents.

It is important to note that waiting too long can weaken your chances of obtaining compensation from the person or parties responsible for your injury. Our San Francisco defective-roadways lawyers are dedicated to maximizing your compensation and have been helping injury victims for over 50 years. We advance all the costs associated with handling your case and charge a fee only if we recover money for your injury. Contact us today to set up a free case evaluation.