Most people who use a bicycle in San Francisco know the pain of seeing vehicles parked in the bike lane, making a smooth trip for the cyclist impossible. And city authorities are responding to that concern, but not in the way bikers expected. 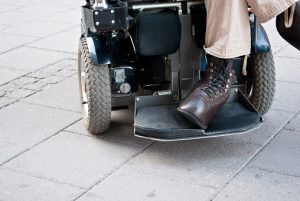 Whenever a car or other object is blocking or entering in the bike lane, it can lead to serious accidents affecting pedestrians and bicyclists. When an accident occurs, these populations are more likely to suffer severe or fatal injuries.

The city will be cracking down specifically on electric scooters. Although scooters are not directly referenced in any city codes regarding what they can and can’t do with bike lanes or sidewalks, it is illegal to put any object that could block pedestrian paths of travel or obstructs the sidewalk entirely.

Safe streets advocates in San Fran, however, don’t believe this will do anything to curb the bigger problem of full-on vehicles blocking sidewalks and bike lanes. The advocates recently protested the decision by riding scooters around the city on their own. Some of those representatives point out that cars are more often blocking the right of way and that enacting bans blocking what scooters can do is a mere drop in the bucket of the bigger problem for bikers and pedestrians: traditional cars.

If you have already been involved in an accident with a bike, you need support from a San Francisco lawyer as soon as possible.