Although San Francisco has consistently been rated as the second most walkable city in the entire country, beat only by New York, that excellent walking experience can come at a high price for pedestrians hurt in accidents. 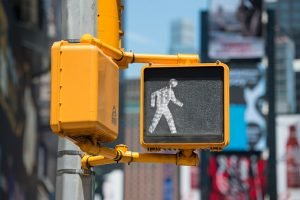 Unfortunately, San Francisco also holds a spot as one of the most dangerous cities for pedestrians. Between 2010 and 2016, there were nearly 6,000 pedestrian collisions in San Francisco with more than 6,000 injuries and more than 130 fatalities, according to research gathered and presented by the San Francisco Municipal Transportation Agency.

More than 45,000 collision reports accumulated during that time period were analyzed by a data visualization company, identifying that more than one sixth of all pedestrian accidents in the city occurred in only 63 San Francisco intersections. The driver of the vehicle, rather than the person on foot, was at fault in the vast majority of these accidents and many of these crashes were caused by illegal turns and speeding.

It is important for people to be mindful of the dangers of walking around this city and in particular, around the market street corridor, since that accounted for the vast majority of accidents which occurred. If you have already been hurt in a serious accident and are confused about how to proceed, schedule a consultation with an experienced San Francisco lawyer.