San Francisco is one of the nation’s great cities, and people living elsewhere can’t wait to get here and see it. The best way to take in the City by the Bay, they figure, is a sightseeing bus — and so they put their trust in San Fran’s many touring companies, unaware that many of these organizations are operating unsafely.

Most recently, an open-air sightseeing bus lost control while traveling in the Union Square area, inflicting injury on twenty people there. At least seven of those injuries are considered serious. 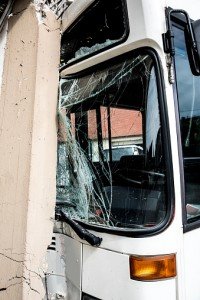 The bus apparently began to careen while driving down Post Street. The driver later alleged, by way of his attorney, that the bus’s brakes gave out. The bus struck several parked cars and various traffic barriers before crashing into scaffolding on the corner of Post and Stockton, where an Apple Store is under construction across from Union Square.

That story is troubling on its own, but Fog City residents are even more alarmed after a new investigation by the San Francisco Chronicle reveals that the bus had a long history of dangerous accidents before the touring company bought it.

The bus, it seems, used to operate in Washington, D.C., before the transit agency there pulled it from the fleet due to safety concerns. This specific bus, as well as others of its same make and model, had reportedly been involved in previous car crashes and street fires. Problems with the brakes and air valves had been reported as well.

These findings are, of course, the result of journalism and do not reflect any official police reports at this time. The Chronicle reports that the San Francisco Police Department, California Highway Patrol, and California Public Utilities Commission are all cooperating in an active and ongoing investigation.

Safety in public transportation is critically important. Touring companies have a legal duty to keep their patrons safe. After all, San Francisco’s visitors help the whole city thrive, and they deserve our very best.

If you or someone you know has been injured while touring the town, regardless of whether you call San Francisco your home, our San Fran public transportation accident lawyers can help you get the compensation you deserve. Call us today.